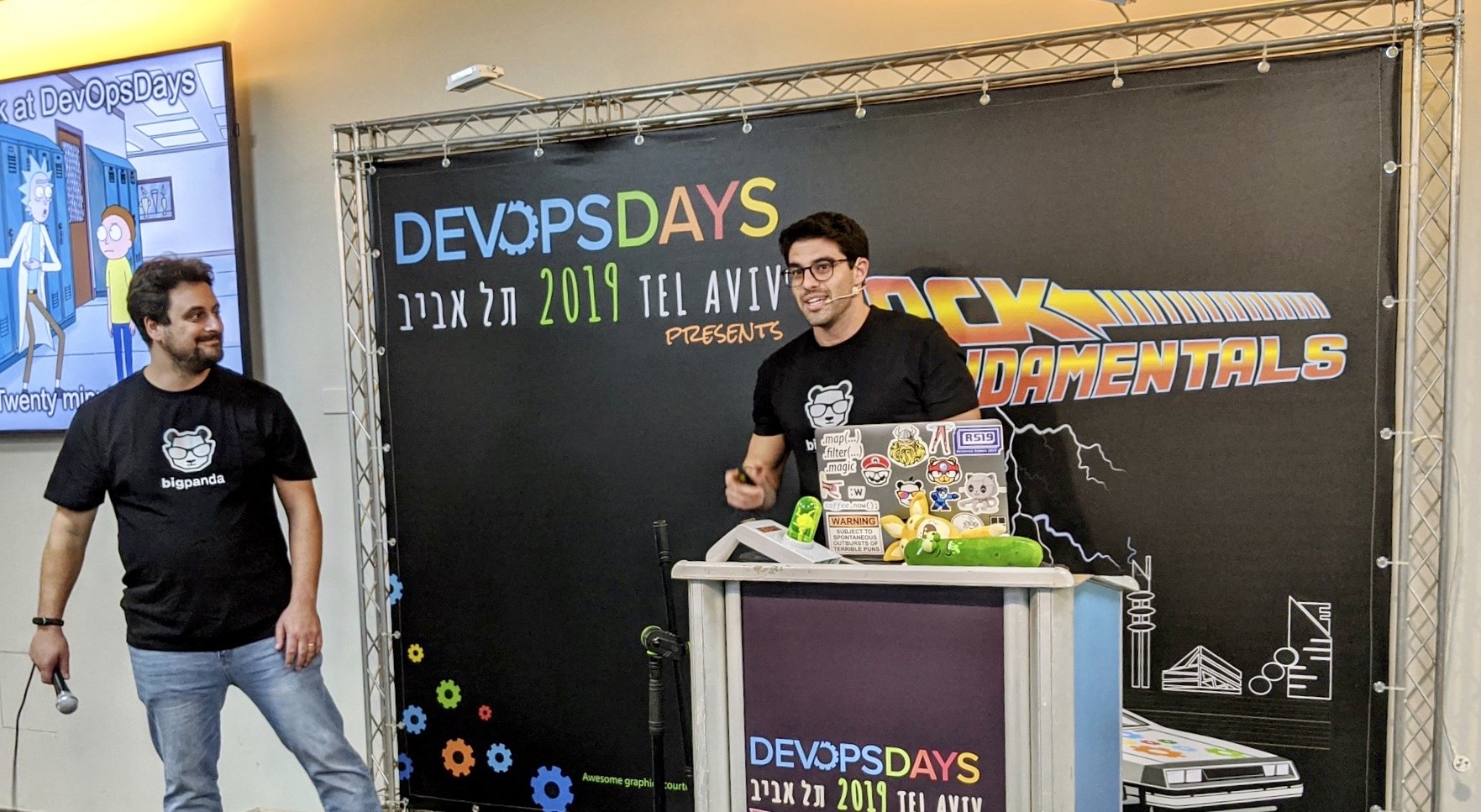 During DevOpsDays TLV 2019, my partner in crime Erik Zaadi and I gave a talk with the title “Rick and (post)Morty”.

What started as a joke a few months before the conference, turned out to be the most enjoyable presentation I have ever given.

The talk enabled us to combine three of our greatest loves: 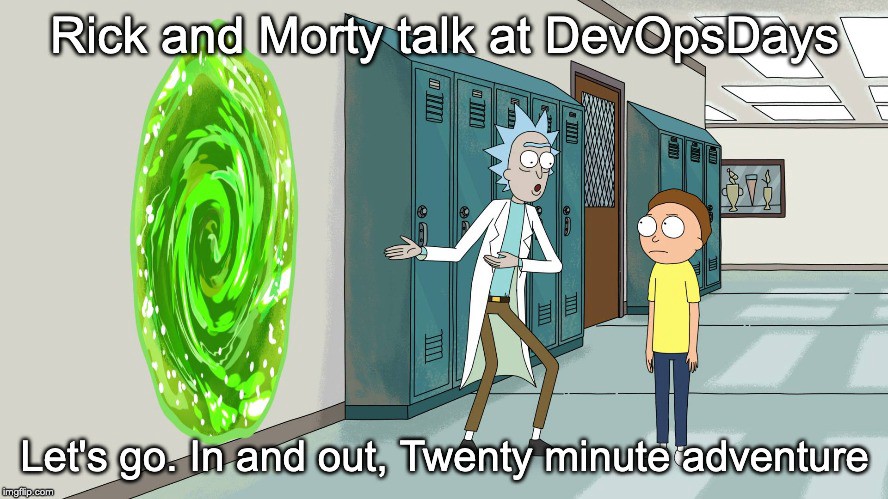 Rick and Morty and Engineering: wait, what?!

In case you haven’t watched the show, Rick and Morty is an American adult animated science fiction sitcom, created by Justin Roiland and Dan Harmon.
The series follows the misadventures of cynical mad scientist Rick Sanchez and his good-hearted but fretful grandson Morty Smith, who split their time between domestic life and interdimensional adventures.

Putting cynicism aside, we feel that if you look past the crazy animation and bad language, and open your eyes, there’s a lot to learn about life from this TV show.
The talk focused on the Engineering lessons we learned.

Throughout the talk, we tried to think about Rick and Morty as people we meet in our day2day work.

Senior principal staff AI architect, who does not and will not have a LinkedIn profile.
He still writes Cobol and can configure Kubernetes without using any YAML files. No one knows how long he’s been in the company, and the general rule is that Rick will know how to do anything.
He’s known to be unapproachable, rude, condescending and won’t speak with anyone from HR. 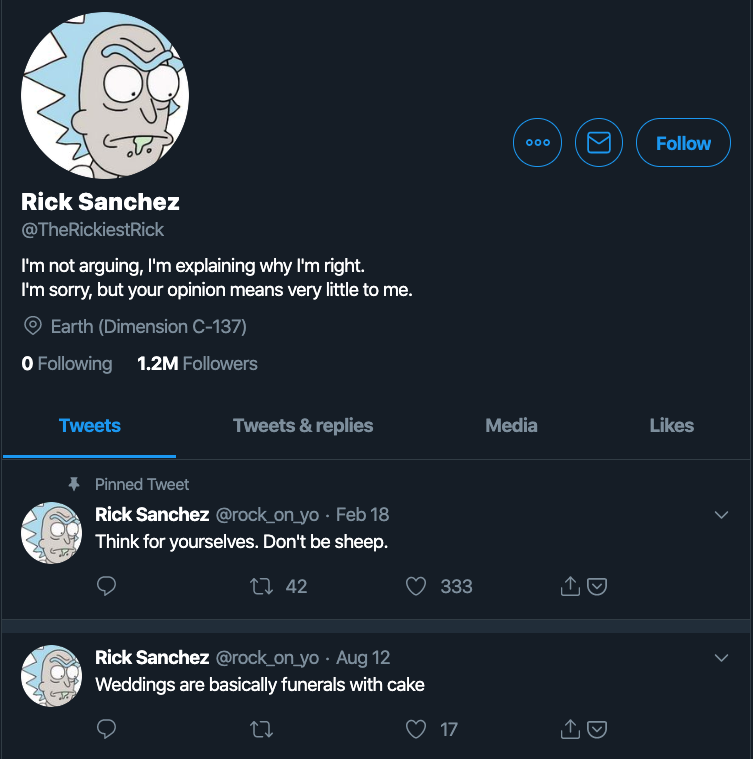 A 2nd-year student that got lucky and grabbed an intern position.
He thinks he has a lot of potential and considers himself a hard worker.
Morty did docker tutorial, however, he doesn’t understand how everyone became an expert by doing so. 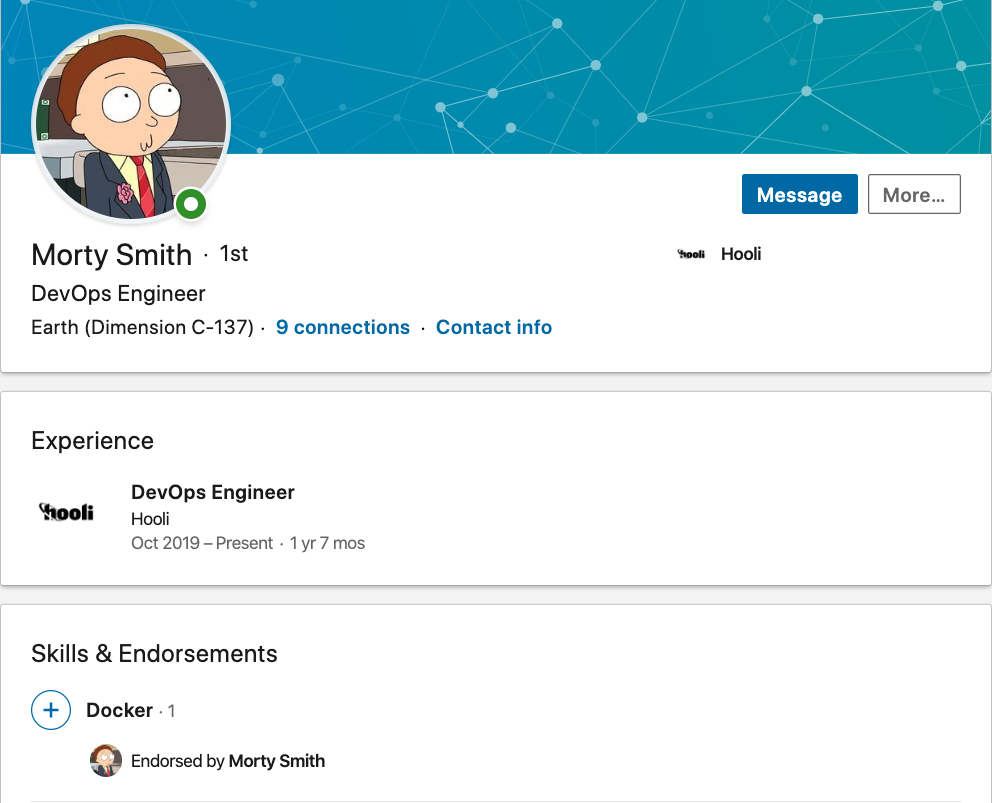 While we strongly encourage you to watch the show itself, the lessons listed are relevant even If you haven’t done so.

Here’s a summary of the insights we shared. For complete context, go watch the full talk from DevOpsDays conference.

1. DOTADIW - Do One Thing And Do It Well

“This is the Unix philosophy: Write programs that do one thing and do it well…” Doug McIlroy

We’ve all been there, we start with a simple script that automates a single operation. Soon enough another need arise and we, almost naturally, tend to just add it into our original script, often by creating a code smell. After a few more iterations, our code is loosely related, complex and non-maintainable.

Resist the temptation of having an all-in-one piece of code. Write programs that do one thing, and do it well.

No matter how large and complex the feature you’re handed, break it down into feasible milestones, that build upon each other as building blocks.

Overcome any obstacle by starting small and building up, be lean and work with what you got.

Ignoring matters outside of your comfort zone, won’t make them go away.

If you’re trying to avoid that uncomfortable feedback session or even a salary discussion, deal with it instead of turning yourself into a pickle! 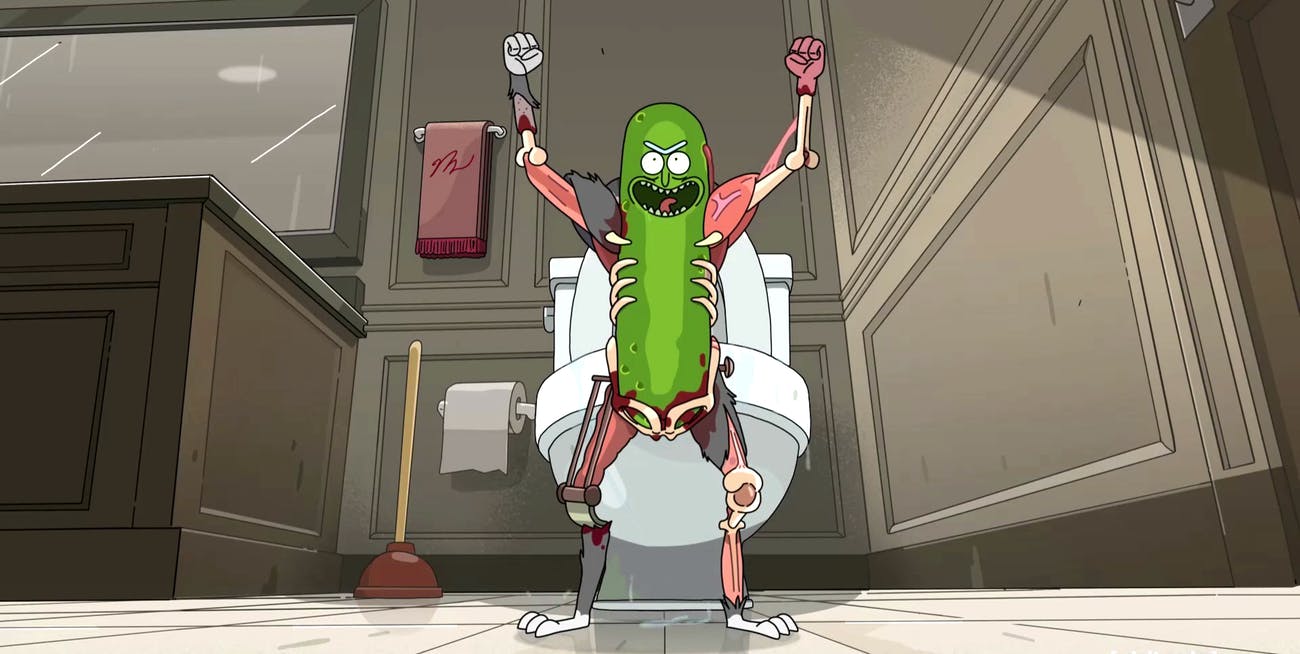 While Scale-Out has many advantages, it’s worth remembering that it isn’t the answer to overcome every engineering boundary. Sometimes there are other limitations like application logic, network, and data distribution.

Scale-out comes with a price - it requires re-thinking the architecture of the app and in some scenarios even changing the source code.

It may sound obvious, but choose scale-out only when it’s the right path and doesn’t over-engineer simpler solutions.

Practicing Blameless Postmortems is an effective way to truly learn from major incidents and outages, without any blame games.

The general postmortem format is as follows - bring the team together to take a deeper look at an outage, figure out what happened, why it happened, how the team responded, and what can be done to prevent repeat incidents and improve future responses.
On top of these, you assume best intentions, instead of identifying and punishing whoever screwed up. Participants don’t need to worry about being fired or demoted

The focus is on improving performance moving forward, decrease the chances of ignoring incidents for fear of blame and creating an open, always-improving culture of learning.

The next time you start a postmortem - remind all the participants that there’s no room for finger-pointing and blame games.

Avoiding side effects within the functions in our codebase makes them more predictable and less dependent on the state of the system. A function without side effects can execute anytime, and will always return the same result, given the same input.

Side effects free code and infrastructure will prevent you from Cronenberged mutations.

7. Know when to call it a night and start fresh

If you find yourself battling production issues into the middle of the night, doing patch upon patch, it’s probably a good time to stop and call it a night.
The risks you take when everyone is exhausted, as well as the burnout, might not worth the gain.

Start fresh, whether it means to continue the mitigation on the following business day, or creating a new service or module when the spaghetti code you’re trying to patch is too complex.

Going back to Rick and Morty as people we meet at work, in a way, Rick being an experienced Senior is de facto mentoring Morty from their first adventure and in their daily life.

Here are some of our thoughts and insights on what it means to mentor: 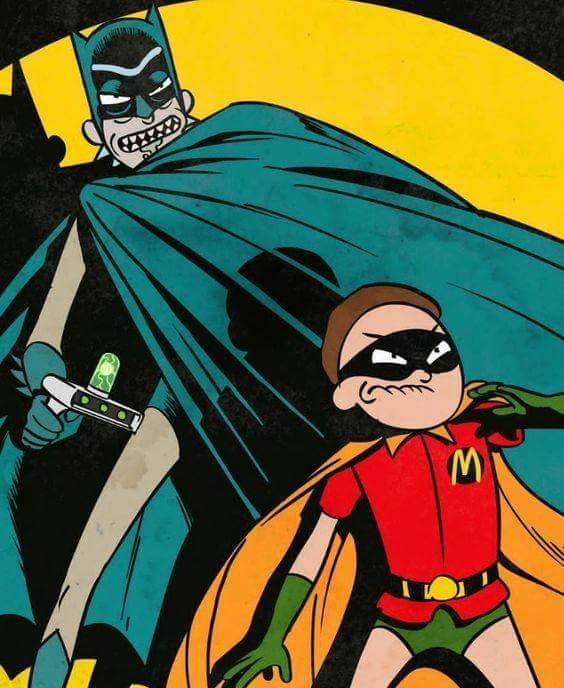 Batman and Robin - Rick and Morty on tumbler

The talk Recording can be found here.

The Slides can be found here.

Co-authored and given with Erik Zaadi.